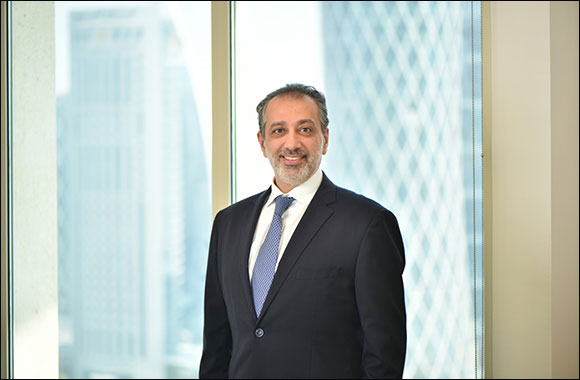 Share Home >> Banking & Investments
• Qatar Investment Outlook Pulse 2022 from EY shows strong sentiment from business leaders
• 82% expect the economic growth of the coming five years to meet or exceed forecasts
• 60% of interviewed executives revealed positive yield returns in the past 12 months
Doha, Qatar – 30 November 2022: Executives in Qatar remain bullish about future prospects for the country, with around 82% expecting the economic growth of the coming five years to meet or exceed forecasts, according to the latest findings in the Qatar Investment Outlook Pulse 2022 from EY.
The report is based on extensive one-on-one discussions, from Q4 2021 to Q1 2022, with executive decision-makers across the largest businesses in Qatar.
The country’s GDP is expected to rise to QAR764 billion this year, significantly up compared to the QAR525.7 billion reported in 2020, when the country was in the grip of the COVID-19 pandemic. Oil and gas and consumer services had the most positive sentiments, with respectively 64% and 45% of interviewees expecting the sectors to outgrow the general economy over the next five years.
Ammar Sudki Hattab, Qatar Country Market Leader, EY, says:
“Qatar has shown great resilience in the face of many challenges and has resolutely navigated regional and global events, particularly the Covid-19 pandemic, which was brought under control through an efficient and agile vaccination program. This has instilled great confidence in executives and investors, despite the ongoing global economic headwinds, with optimism around the promise of more opportunities throughout the country.”
Around 55% of interviewees had bearish sentiments relating to the growth of the construction sector, especially since most mega projects will be either complete or nearly complete in the coming months. New mega projects, however, such as the postponed Sharq Crossing, the planned airport expansion and the development of the Lusail City project, may help alleviate some of the worries surrounding the sector’s prospects.
Nearly 60% of interviewed executives indicated that their investments have managed to yield positive returns in the past 12 months (Q3/ Q4 2020 to Q3/Q4 2021), through a period that still had many imposed restrictions from the COVID-19 pandemic, indicating business and consumer activities in the country were largely resilient.”
Despite geopolitical crises outside of the region and increasing inflation, executives in Qatar remain highly optimistic regarding investment performance over the coming 12 months. The report found that 91% of them indicated that they expect their investment performance to improve relative to the previous year’s performance.
Around 64% of interviewed executives indicated some difficulties in access to capital. However, recent initiatives indicate that regulators are taking steps to improve capital accessibility, such as with the launch of the Qatar Venture Market, aimed at increasing access to capital for SMEs. Furthermore, the Qatar Fintech Hub was launched as part of a wider strategy to improve innovation and access to capital within the Qatari economy.
The report revealed that 82% of interviewed executives believe that hosting the current prestigious football event would make a “strong” to a “very strong” impact in shifting the perception of Qatar as a global tourism hub, ultimately resulting in improved tourism flows and spending.
While 55% indicated that they have invested in projects specifically to capitalize on the opportunities presented by the football event. Half of these investments went into tourism, hospitality, and real estate.
The prestigious football event, the start of the North Field South (NFS) expansion, the award of the 2030 Asian Games, and the strategic national goal of diversifying the economy away from hydrocarbons, have all drawn the attention of foreign investors and resulted in positioning Qatar as an investment destination of choice.
Ammar concludes:
“There is no doubt that the ongoing football event will have a positive impact on the country’s economy. But what is equally pleasing to see is the optimism of leading executives for when the final whistle blows and the legacy that the tournament will leave for the country. The strong investment sentiment bodes well for the future.”