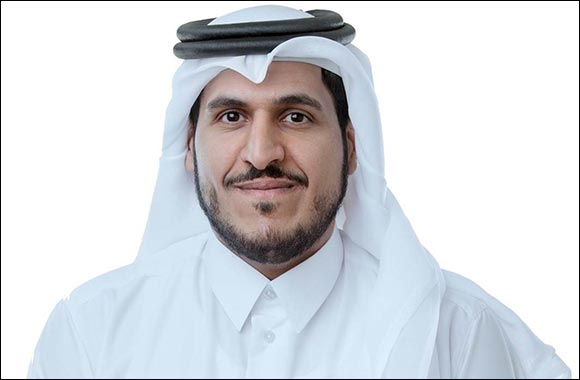 Share Home >> Banking & Investments
• First merger of publicly listed banks in Qatar, creating one of the largest Shari’ah compliant banks in the region with over QAR182 billion in total assets
• With a robust capital position, and strong liquidity, the bank is in a prime position to accelerate Qatar’s journey towards Vision 2030
• Operating as Masraf Al Rayan with its head office in Lusail City, Qatar
• Customers will continue to be served as normal as products and services are integrated during 2022
Doha, December 04,  2021: Masraf Al Rayan (“Al Rayan”) Q.P.S.C. announces the successful completion of the legal merger (the “Merger”) with Al Khalij Commercial Bank (al khaliji) P.Q.S.C. Effective today, the two banks are considered one legal entity bearing the Masraf Al Rayan name (MARK) (ISIN: QA000A0M8VM3).
While the legal merger is complete in Qatar, the combined entity is focusing on operational integration of the two banks into one seamless platform.  Integration activities will consolidate the best of both institutions to provide an enhanced product and service proposition. Customers should continue to bank as normal under Islamic Shari’ah principles. The integration of products and services is expected to be completed during 2022. The new board and leadership team is in place and will oversee the process. Customers, counterparts, and stakeholders will be advised in a phased manner on how the merger may impact them.
With over QAR182 billion in total assets, Masraf Al Rayan will be one of the largest Shari’ah compliant banks in the region. With a robust capital position, and strong liquidity, the bank is in a prime position to accelerate Qatar’s journey towards Vision 2030 by leveraging its increased scale, compelling product offering and excellent talent base. The merger is a turning point in Qatar’s banking sector, enabling growth for corporates facilitating landmark deals, fostering SME development and lending and supporting prosperity for our private clients to manage and grow
their wealth and for our retail customers to reach their potential. The group has international operations in France, the United Kingdom and the UAE.
H.E Sheikh Mohammed bin Hamad bin Qassim AlAbdulla Al-Thani, Chairman of Masraf Al Rayan, commented: “The completion of this landmark transaction signals a new era in banking excellence in Qatar, and we would like to thank all those who contributed to this milestone, including our regulators, shareholders and employees. As one of the largest Shari’ah compliant banks in Qatar and the region, we are committed to supporting the State of Qatar’s economic growth and ambitions. Our bank will help drive the growth of the domestic banking sector and economy in line with Qatar National Vision 2030, as well as becoming a strategic partner for the public sector.”
H.E Sheikh Hamad bin Faisal bin Thani Al-Thani, Vice-Chairman of Al Rayan, stated: “With the successful completion of the merger, we are proceeding with integration in order to maximize benefits and increase capacity and improve efficiency. We will leverage the bank’s strength and capital base to provide our customers with competitive services and a superior banking experience under the new Masraf Al Rayan brand.”
Mr. Fahad Bin Abdullah Al Khalifa, Group CEO of Masraf Al Rayan, said: “This is an historic achievement for al khaliji, Masraf Al Rayan and the State of Qatar. Today marks the continuation of the next phase in our journey as Masraf Al Rayan, a leading Shari’ah compliant bank ready to spearhead the future of banking and committed to creating value for the nation and its people. Our customers remain our priority, and we look forward to ensuring a smooth transition as we accelerate our integration process. We would like to thank our regulators, shareholders, staff and all stakeholders involved for their support in helping us deliver on our goal of creating an Islamic banking powerhouse for our customers and our people. Our increased balance sheet and capital means we can better support our customers and deliver greater shareholder value.”
Masraf Al Rayan’s capital increases from QAR 7.5 billion to QAR 9.3 billion, and al khaliji shareholders receive 0.5 ordinary shares in Masraf Al Rayan as consideration for every ordinary share held. Trading in Masraf Al Rayan shares continues with the increased capital. al khaliji shares have been de-listed from the Qatar Stock Exchange (QSE).


Celebrate Little Acts of Love with Pandora this Valentine's Day

New Report to Chart the Next Chapter of Qatar's Growth Story as the FIFA World C ...

Symbols and Colours by Pandora: Little Symbols of Big Dreams

Qatar Airways Launches a Global Sale Campaign in Celebration of its 25th Anniver ...

Bedecked with Opulence, Encrusted with Elegance and Glazed with Sophistication