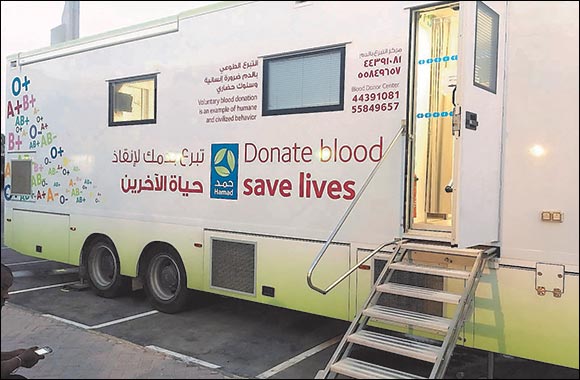 The drive is in line with Dukhan Bank’s commitment and responsibility towards Qatar’s communities as part of its corporate social responsibility program. The success came due to the company’s tradition of working with partner organisations such as Hamad Medical Corporation, who undertake this responsibility with diligence.

Commenting on the success of the campaign, Dukhan Bank stated:
“The blood donation drive is testament to Dukhan Bank’s commitment to Qatar and its communities.  We were delighted at the level of participation seen from our staff, whose eagerness to help in the humanitarian cause echoes our company’s values in giving back to the community. At Dukhan Bank, we believe such initiatives are not only crucial in raising awareness on the importance of donating blood, but also the wide array of health benefits it brings to those who donate.”
The blood drive is part of Dukhan Bank’s continuous efforts to support health initiatives in Qatar under its widespread corporate social responsibility. Anchored by its mission and values, Dukhan Bank remains an active player in the social and economic development of Qatar and the well-being of its people.

Next in Government, Legal & Humanity

Qatar Genomics Study Unlocks Secrets of the Past to Help Shape Future of Healthc ...

GWC Showcases World-Class Infrastructure and Readiness for FIFA World CupTM as U ...

Global Music Stars Relaunch Pandora ME for the Creative Next Generation

For Every Story, For Every Me