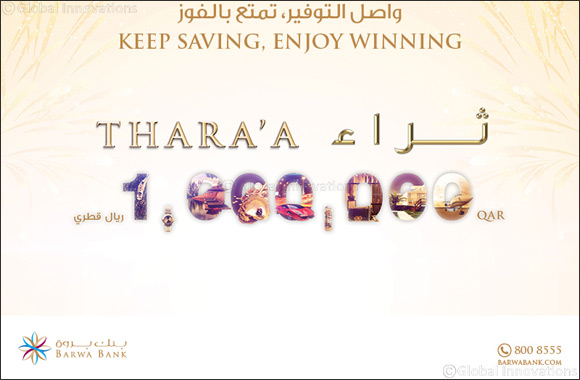 Doha, Qatar – 16 June 2020 – Barwa Bank announced the names of the most recent round of draw winners for Thara’a, its Shariah compliant savings account, at the Bank’s headquarters.

The draw was conducted under the supervision of a representative of the qualitative license and market control department at the Ministry of Commerce and Industry.


Roberto's Dubai Lifestyle Brand to Expand in Doha and Muscat

Highlight Your Beauty, Glow Up This Eid

Al Meera and QRCS Organise the Ramadan Crescent Festival to Raise Donations for ...

Snoonu Raises $5 Million, The Largest Funding Secured to Date for a Qatar-Based ...

Celebrate the Essence of Giving this Ramadan with LOOTAH Perfumes

Doha Festival City and QNTC Announce the Winners of the First-ever Digital Raffl ...