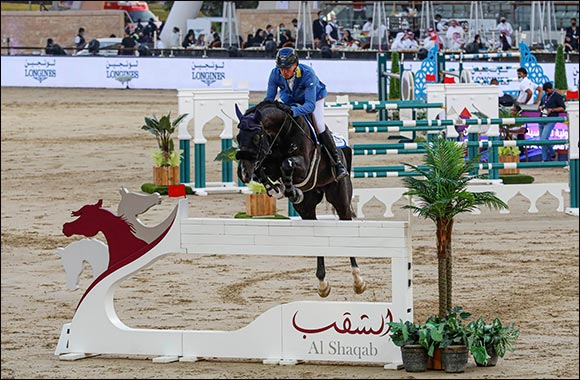 Top-ranking local and international equestrian athletes will compete in the Olympic disciplines of Showjumping, Dressage and Para-Dressage, demonstrating how the special bond that develops between a horse and a rider can produce exceptional performances even at an élite level such as this – one of only five annual CHI competitions in the world.

This year, organizers are pleased to welcome a growing number of competitors, both horses and riders, from across the Middle East – and regional participation is very much encouraged. The exciting competition at CHI Al Shaqab can only be enhanced by added local interest in the fortunes of top equestrians from around the Arab world.

Commenting on this year’s competition, Al Shaqab Executive Director Mr. Khalifa Al Attiya, said: “We at Al Shaqab, and indeed the entire Qatari nation, are proud and honored to host the Commercial Bank CHI AL SHAQAB Presented by Longines – now established as a highlight of the global equestrian sports calendar.
“As the most celebrated competition of its kind in the Middle East and Asia regions, CHI AL SHAQAB brings together those riders and horses who stand at the pinnacle of their disciplines.

“Again, this year we will deliver a festival of extraordinarily high-quality sport, as well as cultural, educational, and family entertainment activities for guests of all ages. We look forward to welcoming everyone.”

Joseph Abraham, Group Chief Executive Officer, Commercial Bank, said: “We are pleased to be the Title Sponsor for the fourth consecutive year of this premier equestrian event, the Commercial Bank CHI AL SHAQAB presented by Longines. We are dedicated to supporting Qatar's aspirations of becoming a premier international sports hub and we recognize the significance of sports in shaping Qatar's economy and international presence.'

Next in Events & Exhibitions