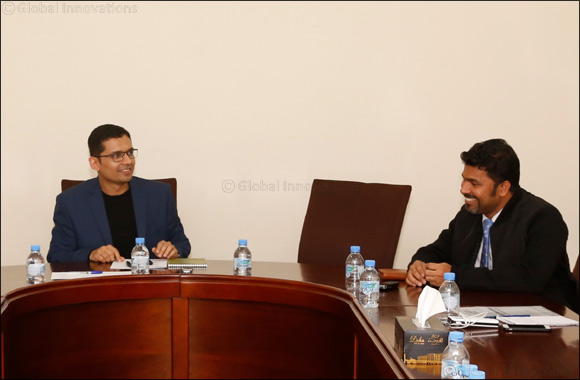 Doha, Qatar 1 June 2020 –  The “Better Connections' program, a nationwide initiative targeted at improving the wellbeing of expatriate workers in Qatar, has surpassed its pre-set target of 1.5 million beneficiaries by providing digital inclusion opportunities, to 1,679,000 beneficiaries, within a five year timeframe since its launch.

“Better Connections” was launched in 2014 under the umbrella of the Ministry of Transport and Communications (MOTC) to enhance the social wellbeing of expatriate workers in Qatar by facilitating and promoting digital inclusion. With the support of MOTC, Ministry Administrative Development, Labour & Social Affairs (ADLSA), Reach Out to Asia (ROTA), a program under Education Above All, and other stakeholders, the number of participating companies and beneficiaries has significantly grown bolstering the success of the program.

Phase I of the program, which ran from April 2015 to December 2017, focused on resourcing and delivering the outlined objectives, by providing expatriate workers with access to the internet, computers, online services, and training at their accommodation. As an active partner of “Better Connections”, ROTA contributed significantly towards this goal by recruiting, training and managing volunteers, to help companies set up computer labs at the accommodations. Volunteers also provided training to workers on digital literacy, bringing Better Connections’ ambitious plans to success.

Following the positive outcomes from the first Phase, MOTC and ADLSA announced Phase II to scale up implementation starting July  2017 till the end of February 2020. During this phase, ROTA played a key role in the monitoring and evaluation of the program. This included designing data collection tools, training volunteers to collect data, and analyzing and reporting on project progress and results.

Maryam Majareh, Project manager from ROTA commented on the achievements of the program stating, “Through all of our combined efforts, we have provided transforming opportunities for workers who used technology to stay in touch with their families and friends, learn develop new skills, and benefit from a variety of online services and platforms like Hukoomi. We thank all who have been part of this process, especially our volunteers whose dedication is a testament to the kindness of the community that we live in. People who were digitally excluded have been empowered by Better Connections so that they too can benefit from the numerous advantages of the internet.”

Results across Phase II of the program exhibit its success in providing professional and personal development opportunities to workers, especially those who may have had limited schooling in their own countries. Beneficiaries reported improvements in happiness, wellbeing, and confidence. Overall, they indicated they are better able to communicate, to learn independently using ICT’s and internet, and expressed satisfaction with the program.
One of the recipients of the program explained how useful it has been to him, “I learnt Word and little bit of Excel and now I can type my own letter.  My job does not require to type and use excel but I want to learn on my own.”

Meanwhile, volunteers of the program, both from MOTC and ROTA, conveyed that the program allowed for immense personal growth by seeing the impact of the program on the recipients first-hand in being able to conduct day to day tasks with more ease. Using digital interfaces such as the ATM machine, being able to find online resources including ministerial websites, and sharing online resources amongst each other are some of the key achievements Better Connections has made in empowering a digitally disadvantaged sector of society.

Geared towards building a knowledge-based society, “Better Connections” gives volunteers and companies the opportunity to serve the Qatar National Vision 2030. .